Think you've got aches and paines

Michael Lenahan, 23, of Philadelphia, Pa. is gored in the leg by a fighting bull during a traditional bull run in Pamplona, Spain, Thursday July 12, 2007. Two American brothers were gored Thursday during the longest and bloodiest morning bull run at the San Fermin festival in the northeastern city of Pamplona. Lawrence Lenahan, 26, of Hermosa Beach, Calif. and Michael Lenahan, 23, of Philadelphia, Pa. were gored by a bull who strayed from the pack, turned around and ran the wrong way. The older brother suffered a eight-inch (20-centimeter) goring in the left buttock after a dangerous sharp right turn in the course Lenahan described as a 'dead man's curve.' The younger brother was injured shortly before the bull ring, the end point of the daily runs, after the bulls horn entered beneath his skin in his right shin.


The moral of the story, don't F#ck w/ Bulls 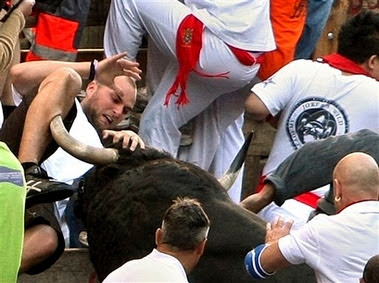 How rubber gloves are made acording to gram

When my grandmother was alive she lived w/ us for a few years. So I had to do a few things that sometimes we don't want to do. But you close your eyes and remember @ some point they changed your shitty diaper and wiped your A$$. During one of her visits to the hospital she got a bed sore on her rear end. No biggie I had to put change the dressing and put this ointment on it. She was a little nervous the first time, so he decided to tell her a little joke. As I put on my gloves. I simply asked her "Do you know how they make these gloves?" "No, I don't," she replied. "Well," I spoofed, "there's a building in Mexico with a big tank of latex and workers of all hand sizes walk up to the tank, dip in their hands, let them dry, then peel off the gloves and throw them into boxes of the right size." Ironically she didn't crack a smile. "Oh, well. I tried," I thought. But about five minutes later, as I'm finishing up, she burst out laughing. "What's so funny?" I asked. "I was just envisioning how condoms are made!"

Moral of the story, Gotta watch those little old ladies! Their minds are always working. Even Grams
Posted by Unknown at 2:46 PM No comments:

I'm not kidding or exaggerating when I say this....This is the funniest site I've visited in a long time. I stayed up in bed until about 11:30 last night watching all of them...

Who ever thought this up is an F'ing marking genius...I actually went as far as getting out of bed @ quarter to twelve last night to order the home version which mind you is the one he uses in the videos. I honestly can not fathom how insanely awesome the commercial version would be. Alas I thought better of it once my feet hit the cold linoleum and realized Peep would flipping kill me...

When did it become ok

I am a huge fan of women, I love the female anatomy and always have. But since I've become married I have been happily following the look don't touch rule. Hence I have learned to love from a distance except w/ my beautiful wife of coarse.
I will admit my tastes have become more diverse, I like all shapes and most sizes, big and small boobs, Big asses and little asses...You get the idea. No one enjoys the rare siting of a nice whale tail more than me.

But could someone please tell me when it became acceptable for a woman to wear a shirt that was too short and tight w/ a Fat roll??? I work in an office that is "Business Casual" and the number of woman w/ there rolls hanging out is crazy. It takes everything in me to say "do you really think that looks good?" 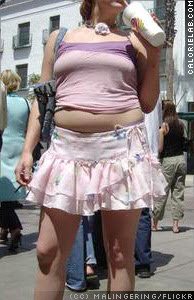 I'm a fat ass and you don't see me walking around w/ a half shirt....NO!!!! And do you know why it not pretty and no one should be subject to it that didn't willingly marry me. Here is a hint, leave whatever it is your hiding under there to the imagination of the viewer. Once the present is opened there is no more suprise.
Posted by Unknown at 12:46 PM 1 comment:

God protects the young and stupid

I love this guy...Absolutely love him. Just read the article then tell me you didn't at least think about trying it...In hind site I wouldn't need the bags of water because I'd probably piss myself.
Posted by Unknown at 1:51 PM 1 comment: 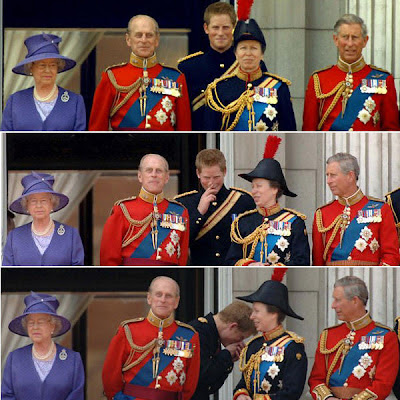 What do you think?
Posted by Unknown at 12:29 PM No comments:

This is going to be one ugly Kid 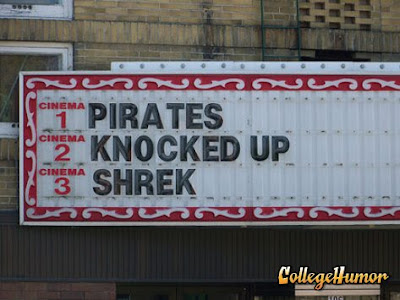 Posted by Unknown at 6:37 PM No comments:

Suddenly I find myself sitting on park bench overlooking a beautiful river, the view is simply beautiful. The smells and sounds fill my mind w/ memories, of childhood. Yet I can not place where I am, I know I've been here. I look everywhere for a sign to clue me in on where I am or how I got there, but there isn't even anyone to ask. Ironically I find I don't care, it is so relaxing to finally enjoy some of the childhood I seemed to have forgotten over time.

I am suddenly startled by movement on the bench, yet no one was here just seconds ago. As I look over I notice a skinny weathered old man. I can't help but stare, I know that face. I feel lulled into sense of security so I simply inquire, "Who are you???" In a voice eerily familiar "An old acquaintance, why?"
What are you doing here?
"I've come to warn you..."
"About?"
Impatiently as if pressed for time "Becoming a father!!!"
"What are you talking about, I think I'll be a great Dad..."
"You never will be. Trust me, I've seen it, I've been there..."
"Who are you?!?!?! You don't even know me."
"I know you, I'm just like you, Hell I practically am you. But not why I'm here. so shut up and listen. You are going to be a failure as a father, so please don't ruin the lives of your children like your life was."
"What the fuck are you talking about?? My life was ruined by anyone."
"Not even that piece of shit father of yours???"
"NO, please I couldn't have had a better role model on how to be a father"
"WHAT!!!! He was a drunk, he abandoned you, he lied to you...and you will be just like him, it's in your blood"
"I've thought of all that, I've spent more time than I honestly should have...but honestly, think about it, what a better role model than to have the complete polar opposite of what you want to be...."

Silence sets in between myself and the stranger...I know in my heart of hearts that those final words are worse than anything I could have said or done to him. Sadly I know who he is, I guess I've known in the back of my mind the whole time. I get up from the bench to walk away. A meek and desperate voice calls to me "Where are you going???" I say nothing, I don't need to. "you need to listen to me about this"...Still nothing from me. I look back and I see the tears rolling down is cheeks, I know he thinks he failed to deliver his mistimed unwanted message. Like a speech that has been practiced a million times the words roll of my tongue, "Jim" I see the look of utter surprise on his face "or should I say DAD, if you came her for forgiveness you wasted both our times...I could never be like you...I know all to well what it's like to have no one, they never will. If you are looking for forgiveness, you came to the wrong place"

Suddenly the alarm is going off, I quickly hit snooze knowing I don't want to wake my son or daughter who might have snuck in my bed during the night...I look over and see my daughter, and I'm overcome with a feeling of confidence. Because I know, no matter how bad of a job as a father I might do from time to time...I'll still be better than you.
Posted by Unknown at 12:11 AM No comments: