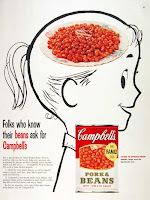 For just about as long as I can remember, I've had beans on the
brain. Let me clarify, since my second Wing Bowl stunt I've wanted
nothing more than to try and break good ole Dale Boone's pork and bean
record. Not because I don't like Dale (even though I don't), not to
wipe his name from any record the IFOCE recognizes (I eventually
will). But because I really like the idea of trying to put my name
next to a record. Something I could tell my Grand kids about...

Next Wednesday at 8:00 I will get a chance to break his record, on a local
Philadelphia radio show. The Preston and Steve show on 93.3 wmmr, will have Steakbellie and myself in the studio to attempt this and another stunt (I will not divulge Steakbellies stunt). I have tried to contact Dale to let him know I would be attempting his record, I'm not even sure why I tried. But it just felt like the right thing to do, like when you ask a woman's father for her hand in marriage. Maybe I'm looking into this more than I need to. Unfortunately and I assume par for the course I got no reply from him, I'm sure I'll hear a bunch of crap after from him, which reminds me why I want to remove his name from the record books and the black mark he has left on more than one Competitive eating group. 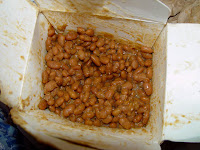 I can not express how excited and nervous I am about getting this chance. But with a little luck and a few more good training runs, I'll be one step closer to having a great story to tell my Grand kids....

Are the Shea's aware of this stunt? Maybe you should notify lerman as well

Everyone who needed to be notified has been, and Thank you for the advice on that one...But I see no reason to notify Lerman as I am not going after his record.

You not doing any record breaking !

If you want to break a record then you need to A WLOCE contest with DALE BOONE in bake beans . Til then dream on .